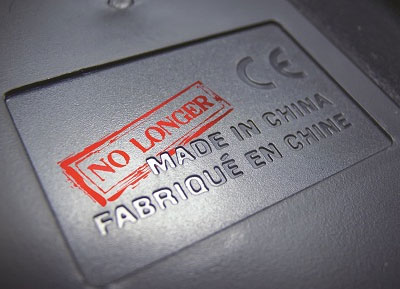 Reshoring US Manufacturing of Plastic Goods

One of the champions of reshoring manufacturing (focused solely on bringing back manufacturing production from another country) is Harry Moser, the founder and president of the Reshoring Initiative who was recently interview as part of an NPR article titled “’Reshoring’ Trend Has Little Impact On U.S. Economy, Study Finds” by Jim Zarolli

None of that is exactly news to Harry Moser, the founder and president of the Reshoring Initiative, which helps manufacturers relocate into the United States. Moser has been a big promoter of the reshoring trend, but he says the phenomenon can be overstated.

“No one claims — at least we don’t claim — that you’re going to see a million new jobs from reshoring next year,” Moser says. “That would be totally irrational, irresponsible. And we don’t have the workers, the skilled workers, to do it.”

But Moser says things are changing, but that these have been — and will be — long, drawn-out processes.
“It’s taken 60 years for [offshoring] to happen, and it’s going to take decades for it to reverse,” he says. “For our trade deficit to be eliminated, for reshoring and foreign direct investment to bring many of those jobs back.”

The important thing, he says, is that the incentives to move overseas are growing less attractive, and more companies are at least thinking about manufacturing domestically. He says his group’s figures show that while the U.S. was losing 150,000 jobs a year to offshoring 10 years ago, the numbers of jobs lost to and gained from overseas last year were roughly even.

Moser believes that trend will continue — even if, as this report suggests, it’s taking a while to build up steam.
End Excerpt

The Reshoring Initiative website, http://www.reshorenow.org/ posted a blog of companies that have reshored: http://reshorenow.blogspot.com/2014/12/master-list-of-companies-reshored-kept.html  By Frank Esposito, SENIOR STAFF REPORTER

Plastics News has also reported on the return to US based plastics manufacturing:

Excerpt from Plastics News http://www.plasticsnews.com/article/20141211/NEWS/141219974/us-plastics-sector-shows-strong-growth-but-smaller-trade-surplus
Reshoring of manufacturing work to the United States is improving the U.S. plastics industry’s competitive position, according to Moser, founder and president of the Reshoring Initiative in Kildeer, Ill. Higher wages and other factors in foreign locations have allowed contract manufacturers, toymakers and even conglomerates like the General Electric Co. to return work to U.S. shores in recent years, he explained.
End Excerpt

Permian Plastics has seen a resurgence of requests from existing and potential customers evaluating their plastic injection molding services in St. Louis, Missouri.  In many instances, the reshoring decision was made in favor of Permian Plastics.

Please contact Permian Plastics at 636-978-4655 for your reshoring or rightshoring review.